We invite you to the after/before party!

The building from the end of the XIX century was a jewish prayer house. During the Second World War it was desolated. After World War it became a headquarter of a Band of Songs and Dance “Krakowiacy”.

From 20:00 there will be 3 floors and 2 DJs waiting for us, who will play until the morning!

During the before party we will show you the pre-premiere of the second edition of the bilingual album “TATTOOFEST. 25 Polish Female Tattoo Artists – issue 2 “.

As in the previous edition, the assumption of the project is to present 25 talented artists, 25 styles of tattooing and 25 exceptional photo sessions. This time, the pictures are taken by the duo St. Humans, known for their metaphorical, suggestive photographs.

The climate of the photos determined the entire character and layout of this edition!

The premiere will go with an exhibition of photographs, a foretaste of what was finally shown in the album.

See You on Meiselsa 18 street! 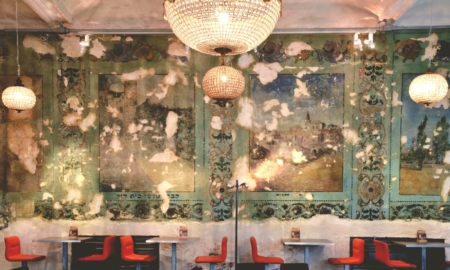