Fernando is an old school signs painter from 25 years. He was born in Buenos Aires and moved to Europe 7 years ago. Now he has his workshop in Mallorca.

He was studying art in the university of art in Buenos Aires. He have learned his craft by watching the old masters making signs and truck decorations. The style of this decorations, called Fileteado Porteño, was born in Buenos Aires at the beginning of the 20th century as part of the production chain in factories where the bodies of the carts and trucks was made and where they was decorated as well.

The most important thing about him is… he just loves to be painter and he dedicates half part of his life to do this magnificent work. 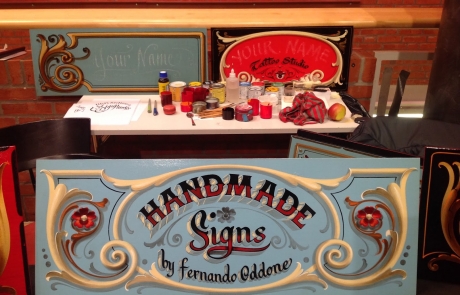 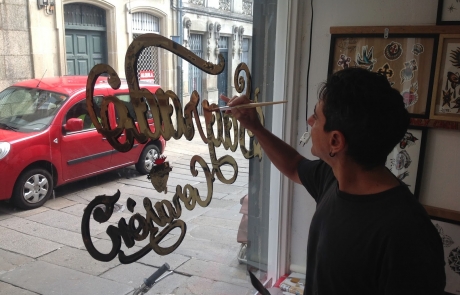 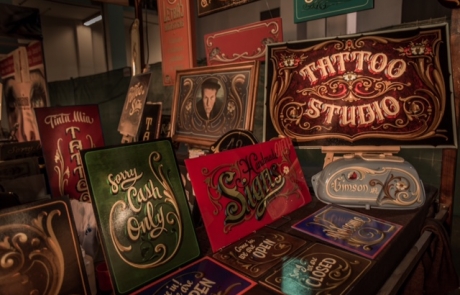 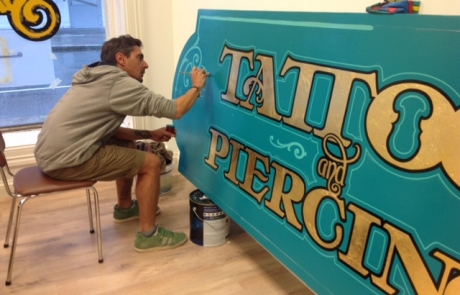